I have been trying to make one or 2 meatless meals a week lately. Not for any health reasons just because I am kind of tired of meat!

I decided to whip up some twice baked potatoes and thought hey why not toss some cheese and broccoli in there, so I did. 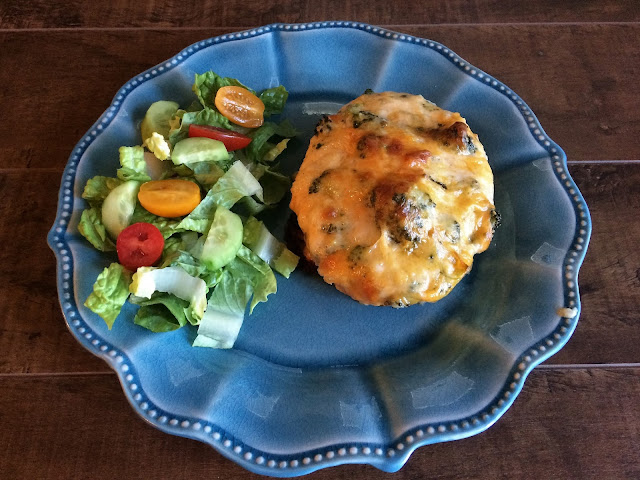 Man, these potatoes, they are amazing. So crisp and creamy and full of flavor. They were really filling and a nice mixed green salad paired perfectly with them.


There is only the 2 of us so I just made one large, I mean BIG potato, but if you have a family just double or triple the recipe! 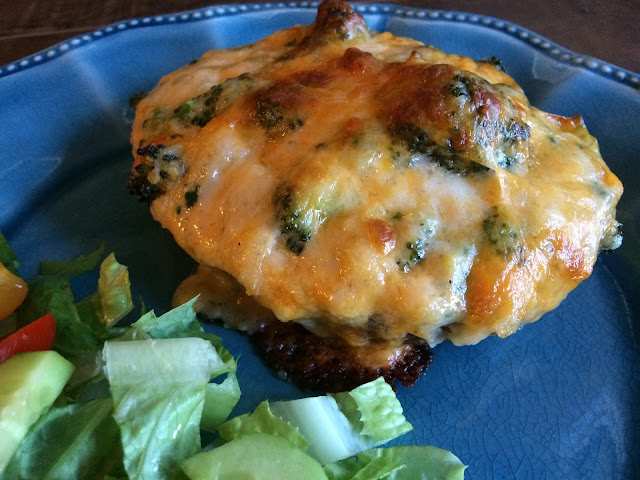 
Salt and Pepper to taste


Poke holes all over your potato, then microwave it on high for 3-5 minutes until it starts to soften.  Then rub it in olive oil and sprinkle it all over with salt and place it on a baking sheet. Bake at 400 degrees until the skin is crisp and the potato is fully cooked through, 30-45 minutes. I rolled my potato over halfway through.


Remove the potato from the oven and let it cool until you can handle it.  Cut in half lengthwise. Carefully scoop out the middles leaving a little potato around the edge to hold the filling in when you re-stuff it.


Mash the inside of the potato with the milk, sour cream and butter. Stir in the cheese and broccoli and season to your taste with salt and pepper. Try not to eat all the filling with a spoon, I almost did, damn it was tasty!


Re-stuff the potatoes with the filling, heaping it in there. Top with a little extra cheese and bake at 400 degrees for 20-25 minutes until it is hot and melty. 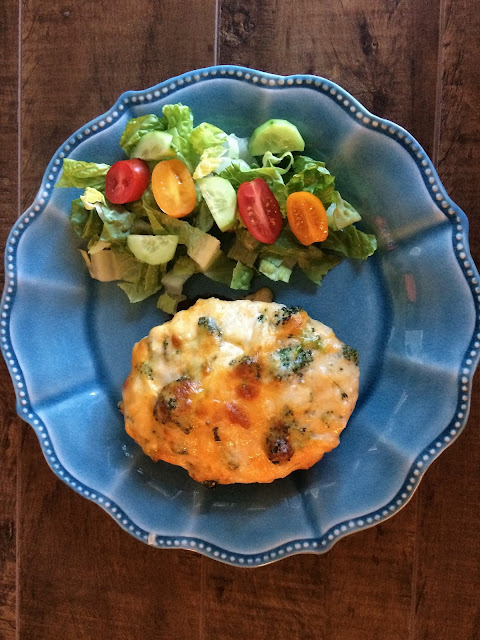 These potatoes, what can I say, just look at them, they are a thing of beauty.


You won’t miss the meat in this meal at all! I promise!


Posted by Jen of My Tiny Oven at 4:06 PM No comments: Links to this post