I have used all manner of things to keep half empty bags closed. Things like twist ties, bag clips, paper clips, elastics and even the occasional hair tie! 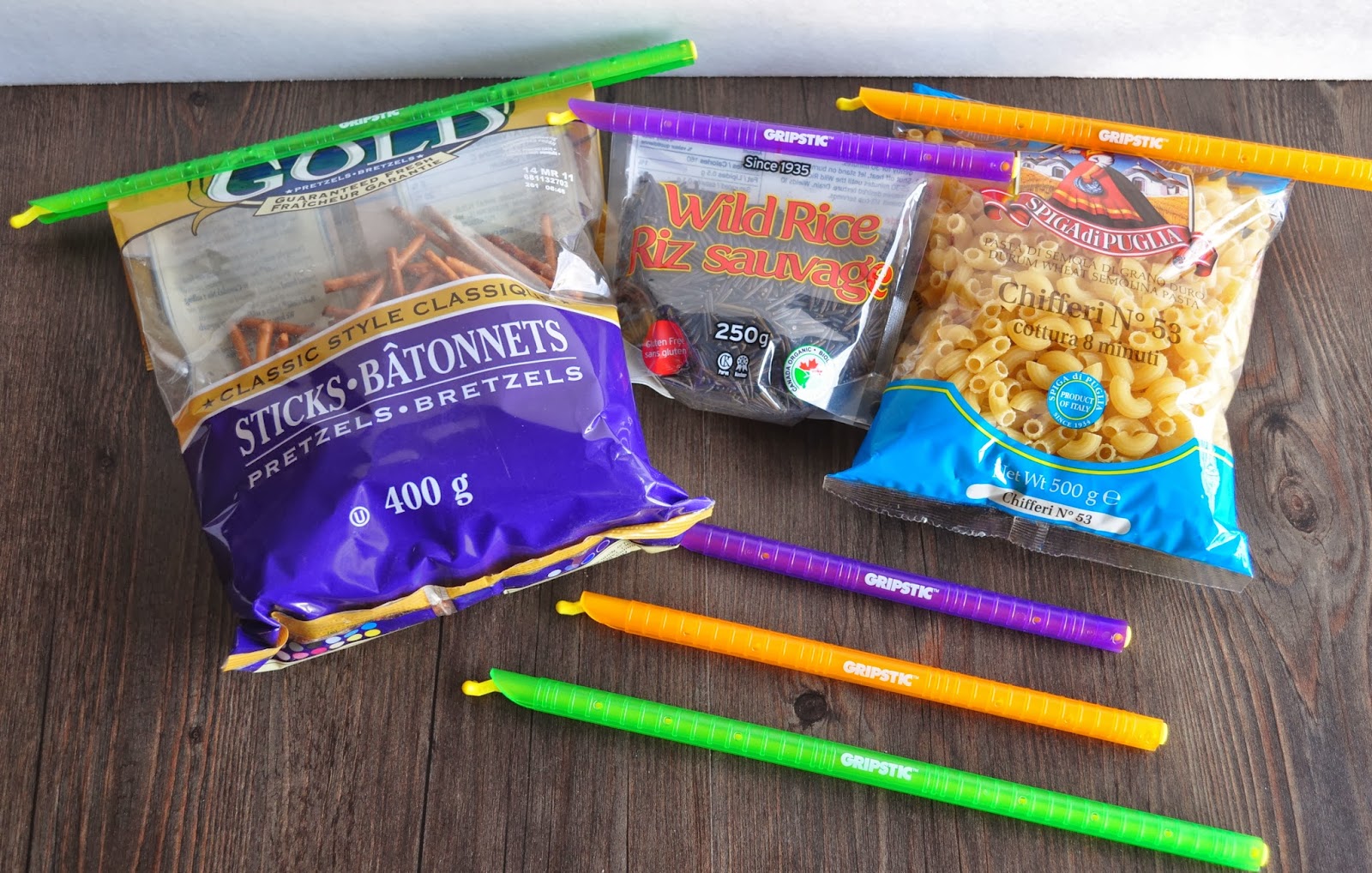 When my sister sent me a package of these Gripstics as part of a house warming gift. They are fantastic‼

They are easy to use, just fold the bag over, slide the Gripstic on the bag and that's that.  They really keep the bags sealed up tight.
I love that there are multiple sizes.

I went and got myself a second package from Superstore, but you can get them on line here. 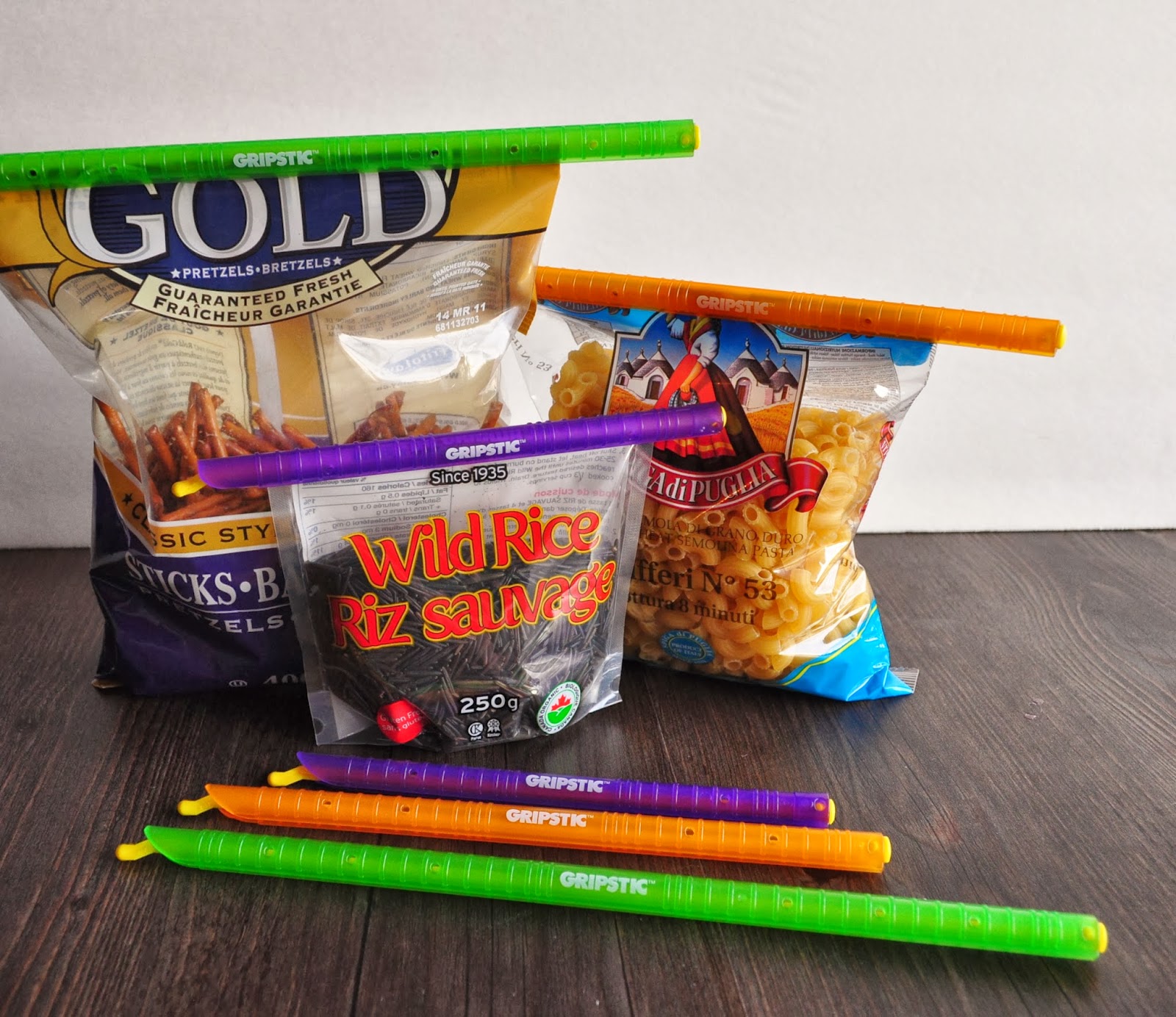 Give them a try; they beat out a hair tie for sure!

Have a wonderful weekend!

On Monday I posted this fantastic Spinach Artichoke Dip recipe. I ended up with lots left over and I didn’t want to waste it so I had to figure out a way to use it up. 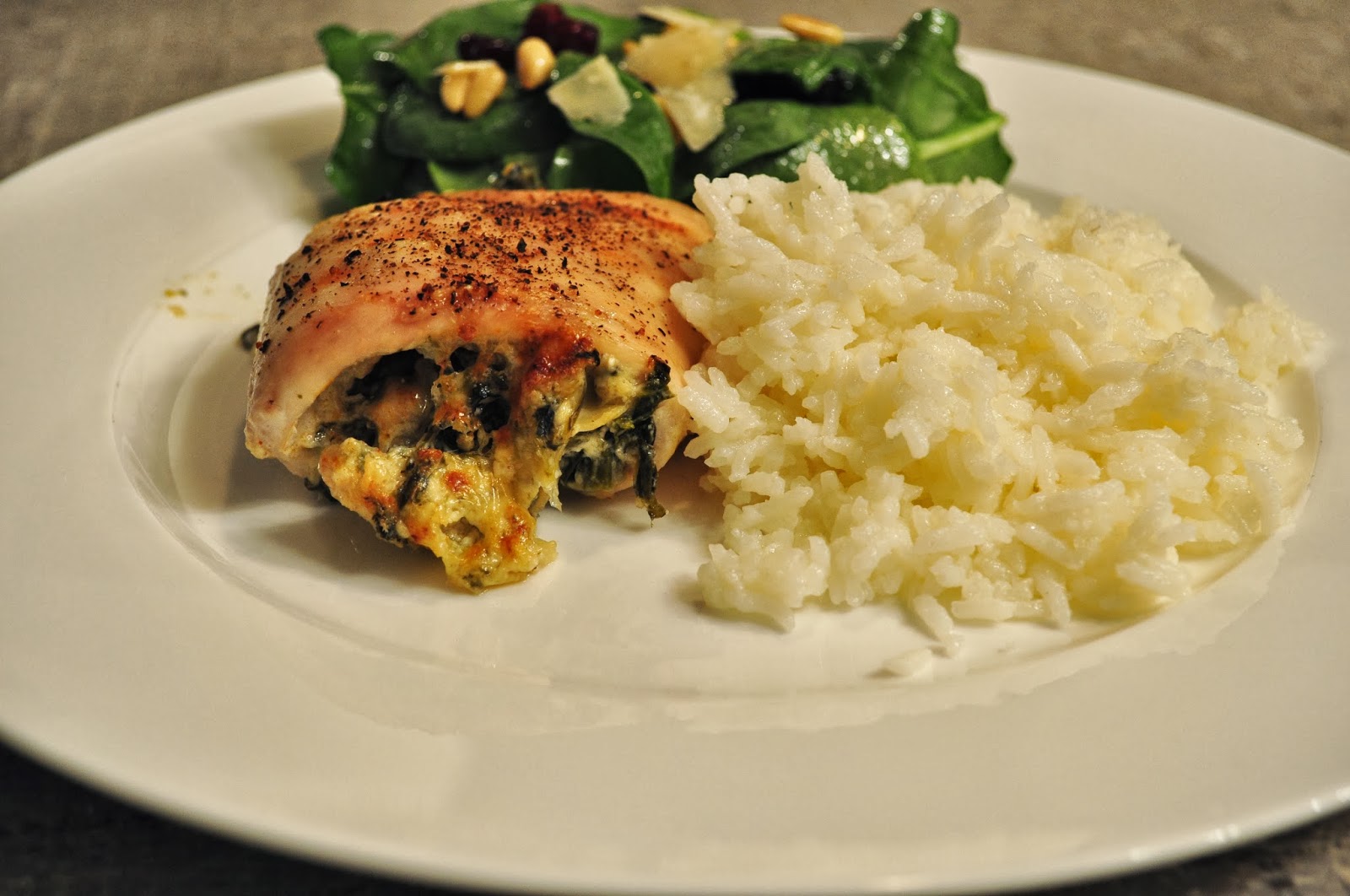 I was lying in bed when I had a revelation; why not put that left over dip on some chicken! Ya, that would be good. 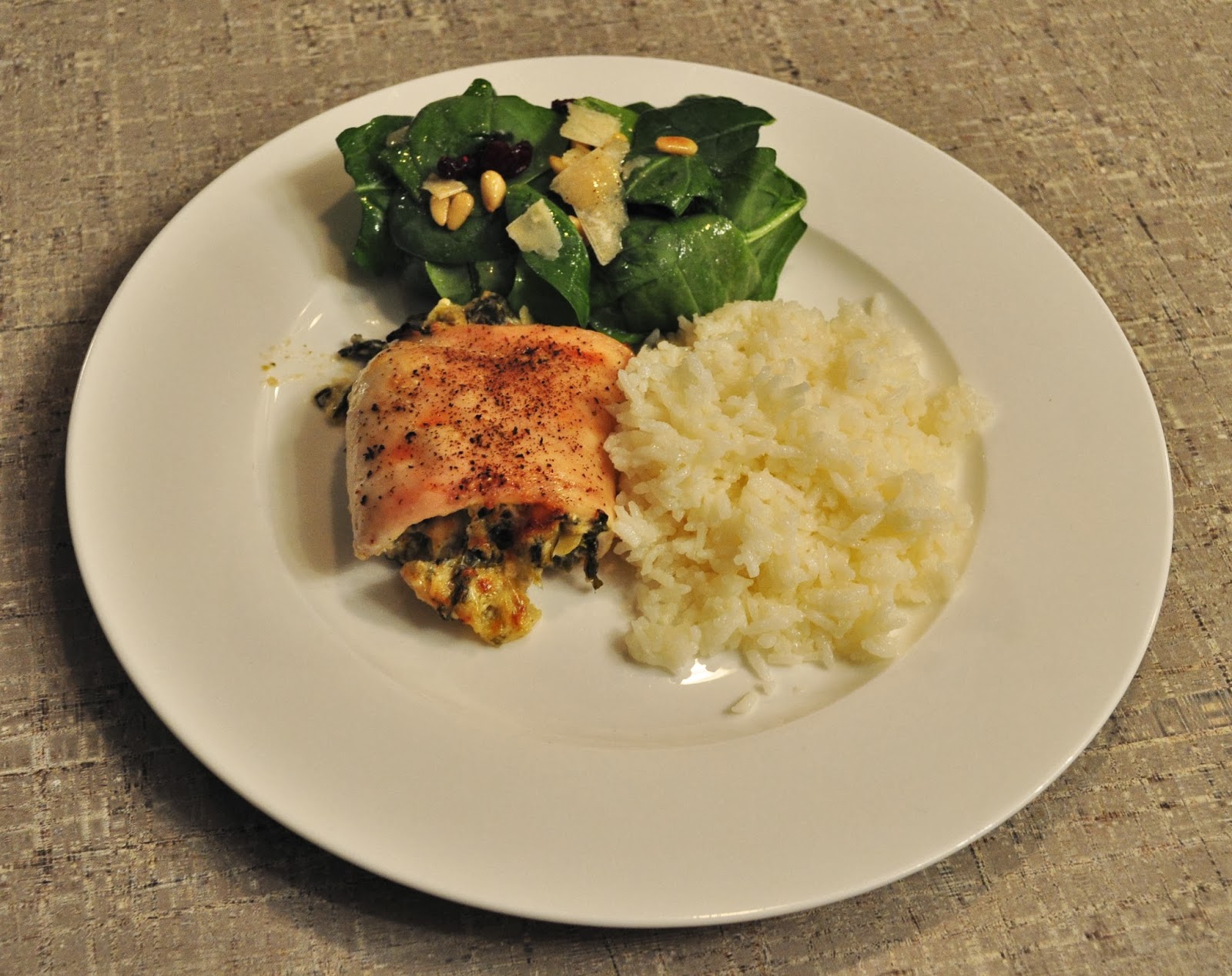 It was more than good, it was GREAT!

Heat the oven to 375 degrees. Spray a baking dish with nonstick spray and set aside.

Bake for 35-45 minutes, until the chicken is brown and crisp and cooked through

Serve the chicken with some rice and a nice side salad. 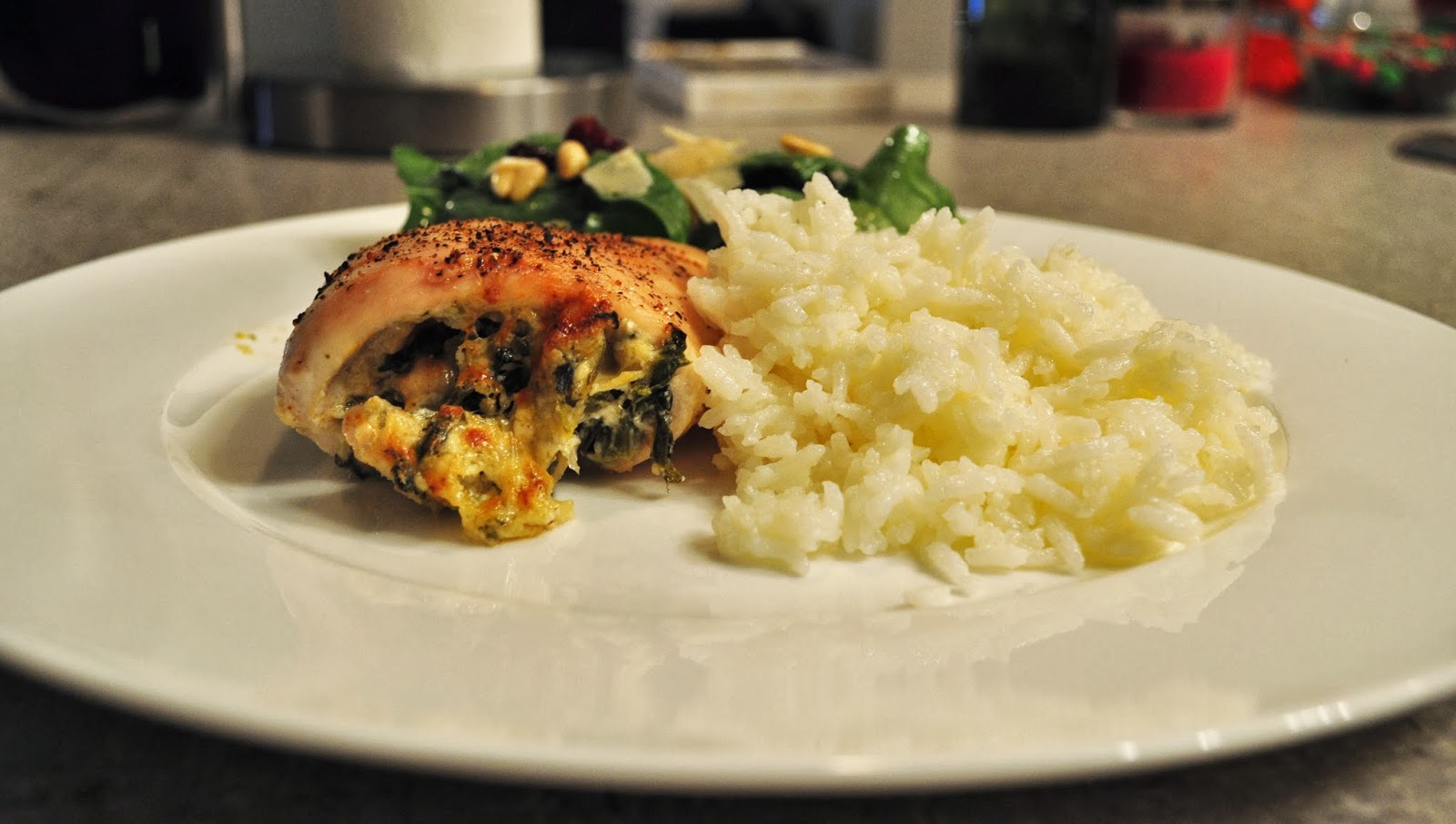 What a great way to use left overs. It was soooo good! I am going to start making that dip more often just so I can make this chicken.


At the beginning of January I set 12 culinary goals for myself. The first was to make homemade, from scratch fried donuts. I have made a couple of baked versions and they were fantastic but there is nothing like a real fried donut. 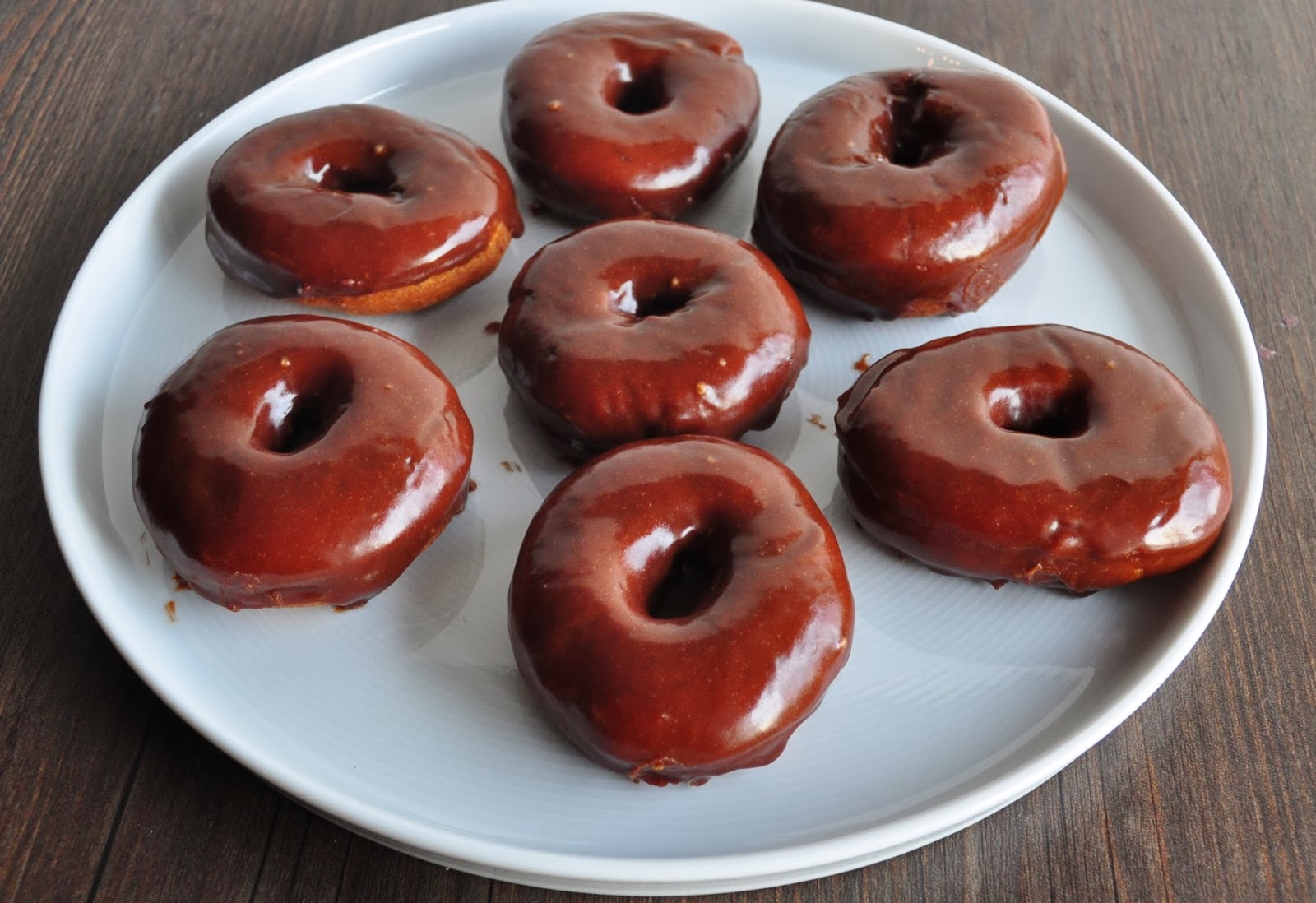 When I found this amazing recipe from Dessert for Two that makes just 6 donuts I jumped on it.


Not that I don’t want to eat a dozen or two donuts myself, but my jeans were screaming DON’T DO IT! 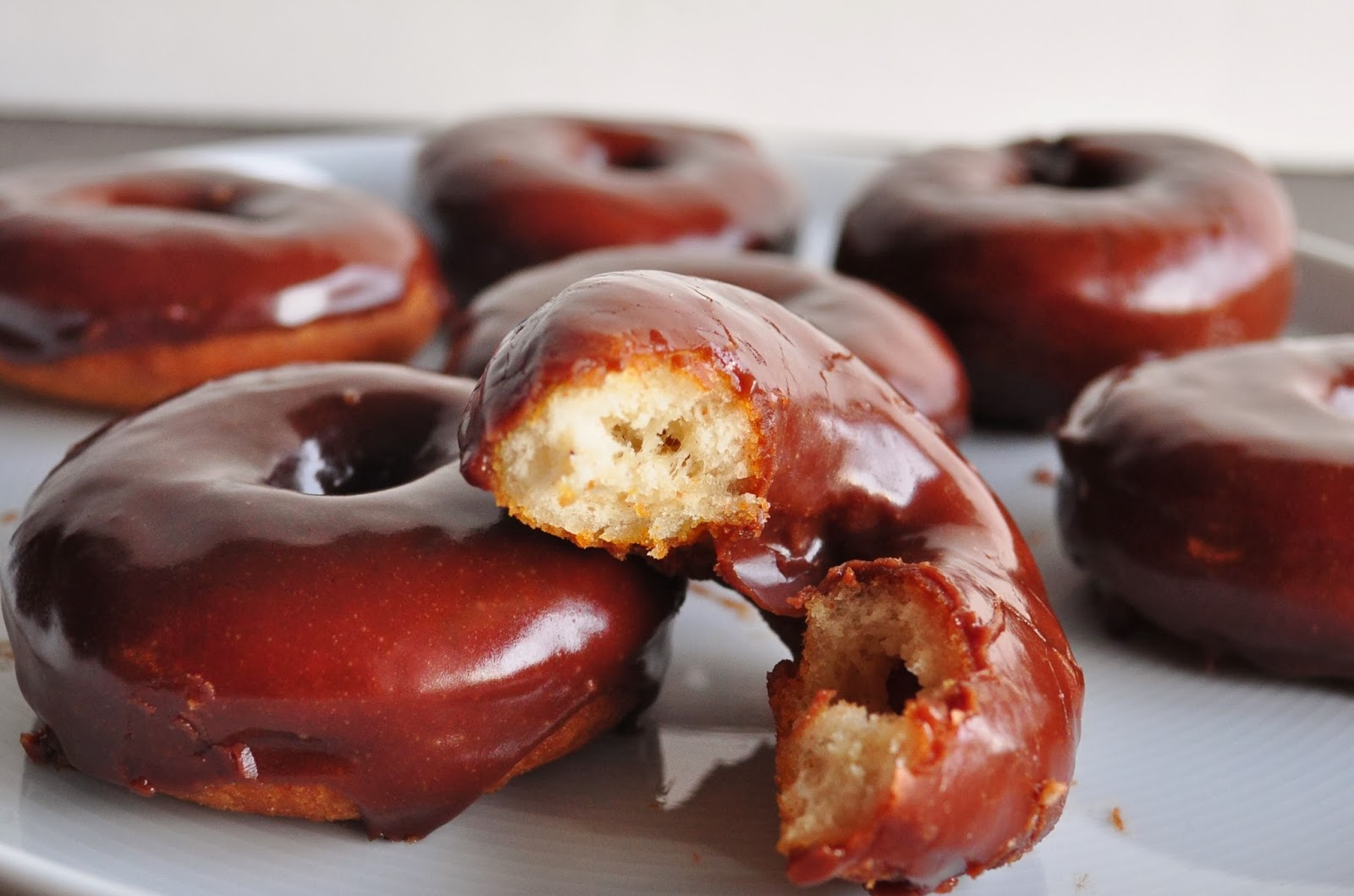 Christina’s recipe called for a simple glaze to top the donuts, which sounded great, but for me a donut needs to be chocolate dipped!


So I subbed out her glaze for a simple chocolate one. AH-MAZING!


3 cups of canola oil for frying


To make the donuts,


Start by heating the oil in a large heavy bottomed pot with high sides over medium high heat until it reaches 370 degrees.


In a large bowl sift together the flour, baking soda, nutmeg and salt.


In a separate bowl whisk together the egg yolk and sugar until light and fluffy. Stir in the butter and milk.


Add the wet ingredients into the dry and fold together until just combined, don’t over mix.


Roll out the dough onto a lightly floured surface to about ¼ inch thick.


Once the oil has reached 370 degrees drop in 3 donuts at a time and fry for 15-20 seconds until golden brown, flip and cook another 15 seconds or so until the second side is also golden brown.


Remove the donuts from the hot oil and place on a wire rack to cool.


Repeat the cooking process with the remaining donuts.


To make the glaze, combine the milk, corn syrup, vanilla and butter in a small pot. Over medium heat cook the mixture until the butter has melted. Reduce the heat to low and add the chocolate. Stir until the chocolate fully melts and the mixture is smooth.


Off heat, stir in the icing sugar until smooth.


Dip one side of the cooled donuts into the glaze and then return them to the cooling rack to let the glaze set up, about 30 minutes. 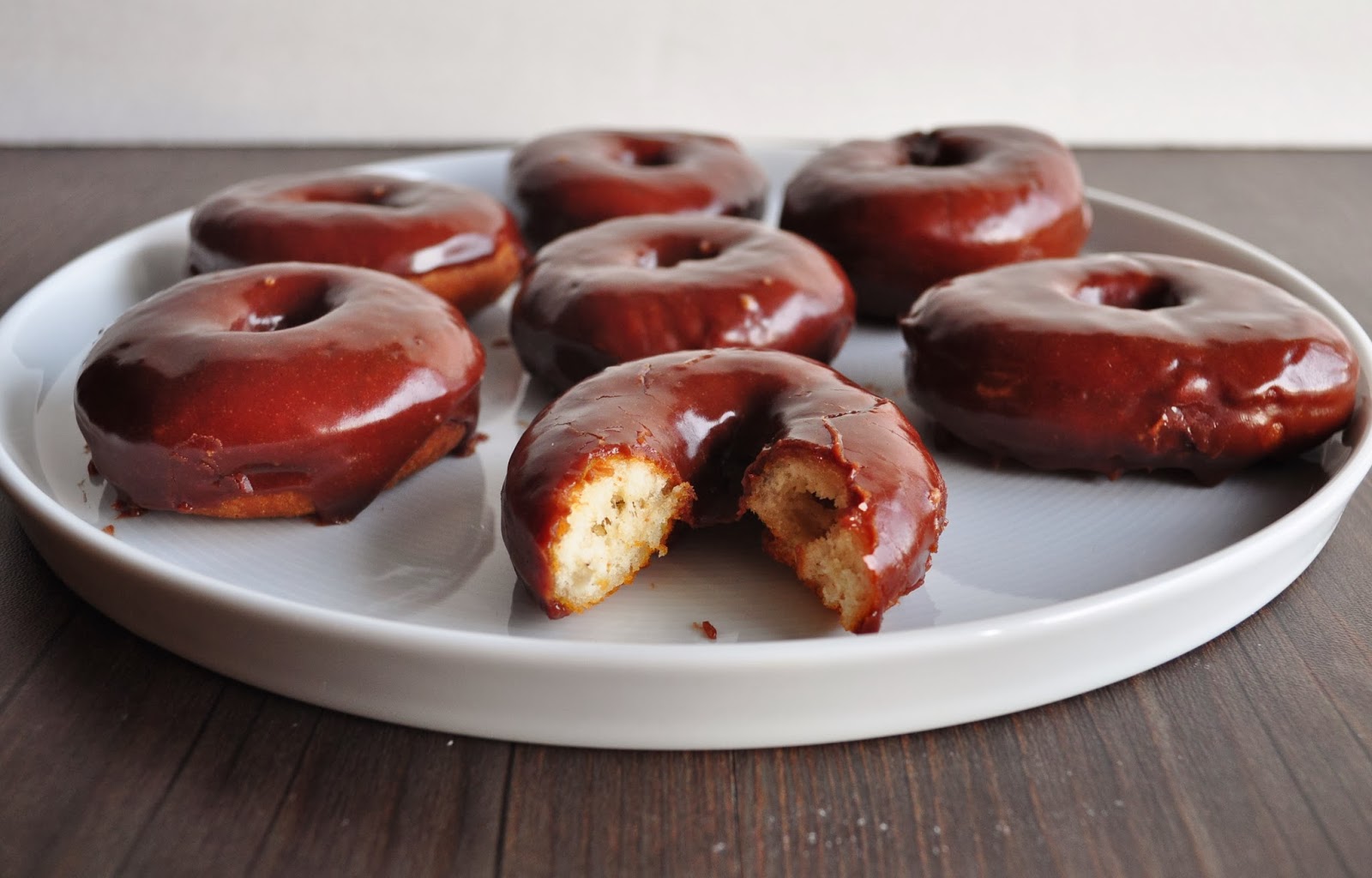 I was surprised how easy these donuts were to make.  The dough came together really quickly and was easy to work with.


They tasted fan-friggin-tastic! My in house taste tester said they were better than any store bought donut he has ever had‼


It is a dangerous recipe, I fear I may be making WAY too many of these tasty treats.


Let’s take a quick minute to talk about Christina at Dessert for Two. This girl is a genius! She takes dessert recipes that usually feed a crowd and pares them down to feed just 2‼ Her recipes are fantastic, I suggest right after you go make these donuts you pop over and visit her blog, you won’t’ be sorry‼

Recipe from Dessert for Two

Posted by Jen of My Tiny Oven at 12:53 PM No comments: Links to this post


Do you watch football, hockey, baseball, tennis, curling or even bowling? If you watch any sport at all you know that snacking is an integral part of the process. 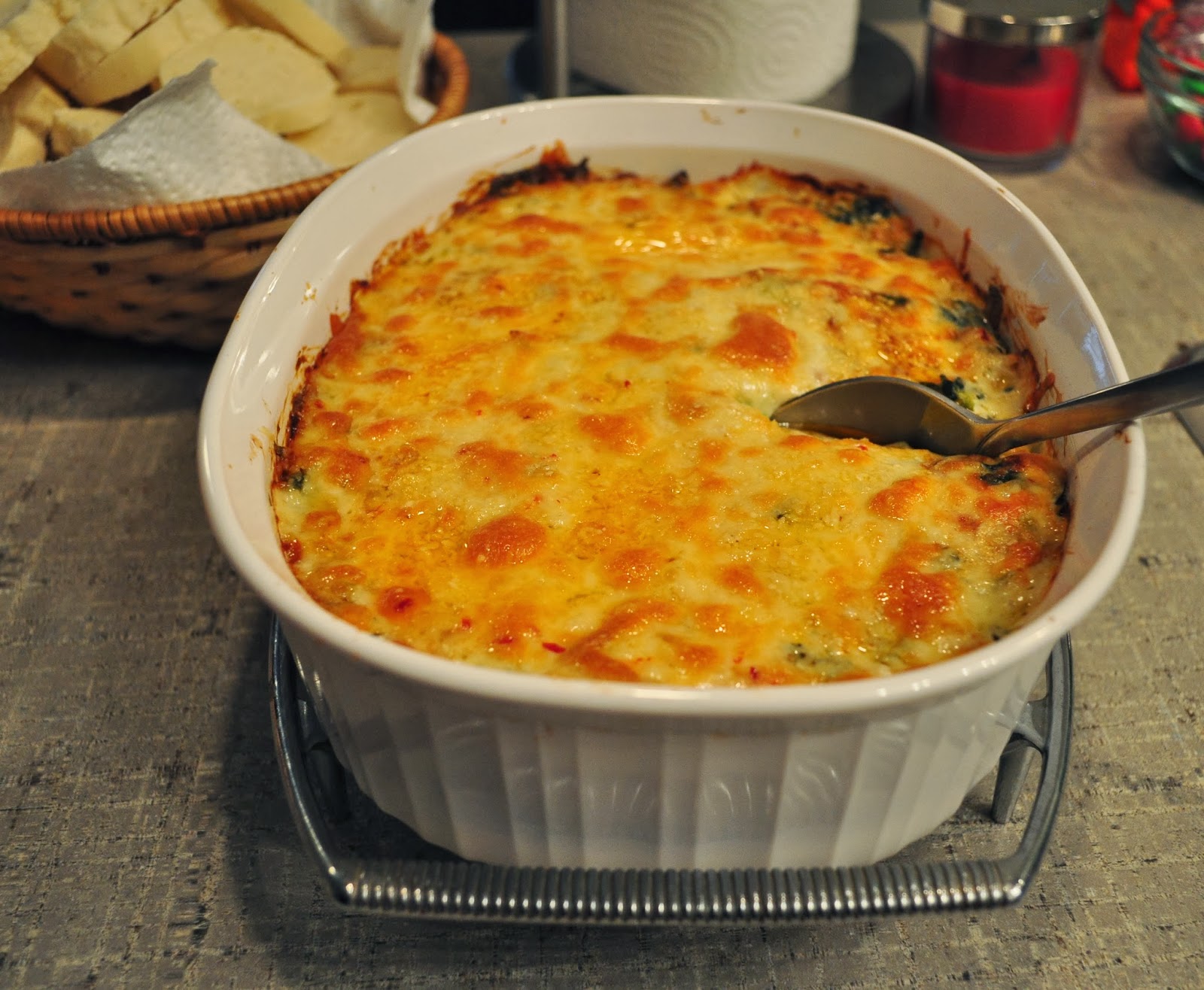 This hot spinach artichoke dip is the perfect sports watching snack. It is super simple; you can even make it the day ahead then just bake it right before serving. Anything to make party prep easier is a good thing. 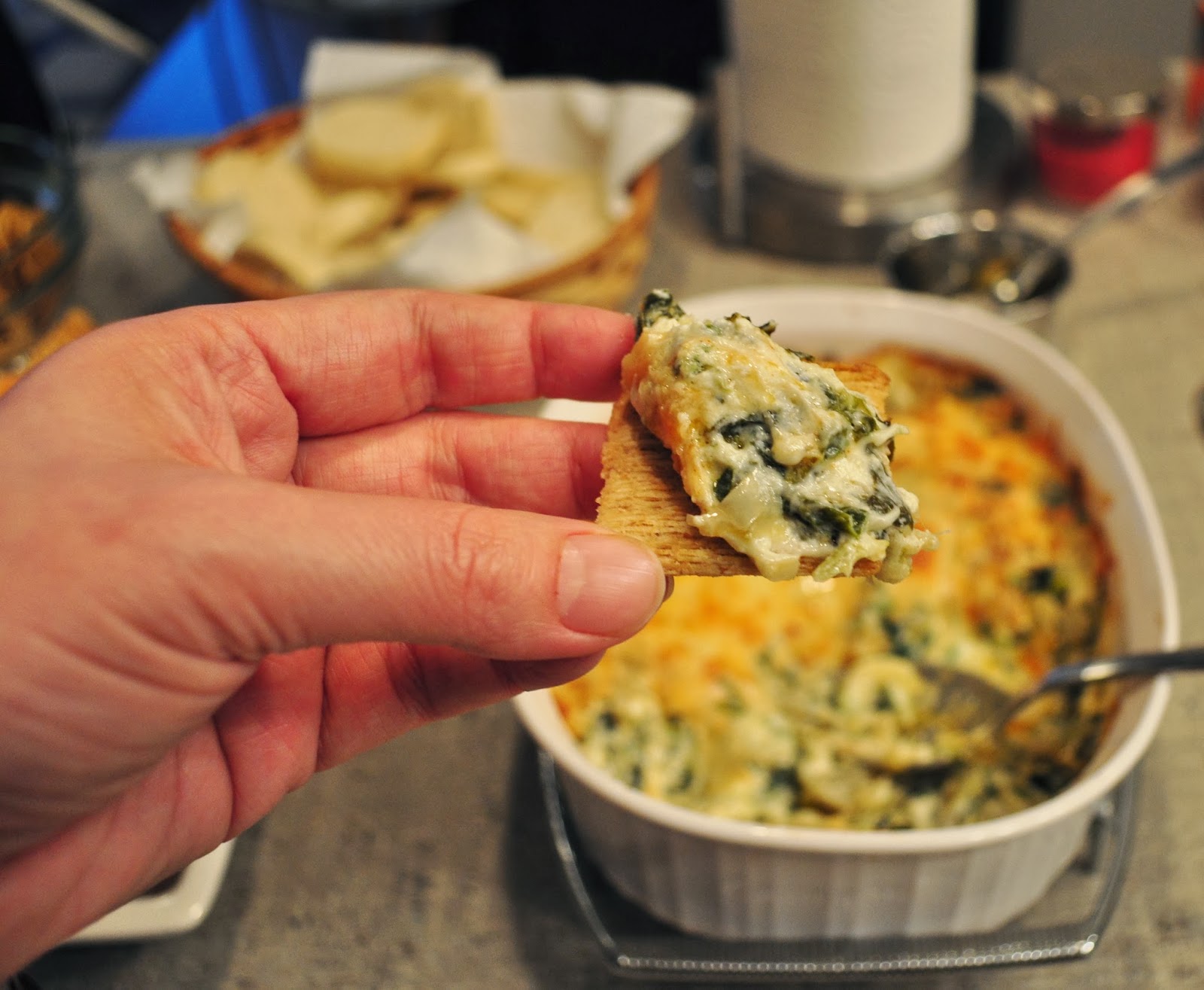 Preheat the oven to 350 degrees.

In a large bowl combine the cream cheese, sour cream and mayo. Use an electric hand blender to mix until smooth.
Stir in the garlic, spinach and artichokes. Fold in 1 ¼ cups of each of the Parmesan and jack cheese.
Season the mixture with salt and pepper to taste.

Spoon the dip into an oven safe baking dish. Sprinkle the paprika over the top.

In a small bowl combine the panko with the remaining Parmesan cheese and jack cheese.

Sprinkle over the top of the dip.

Bake for 30 minutes. I like to put the dip under the broiler for 5 minutes at the end just too brown up the cheese on top! 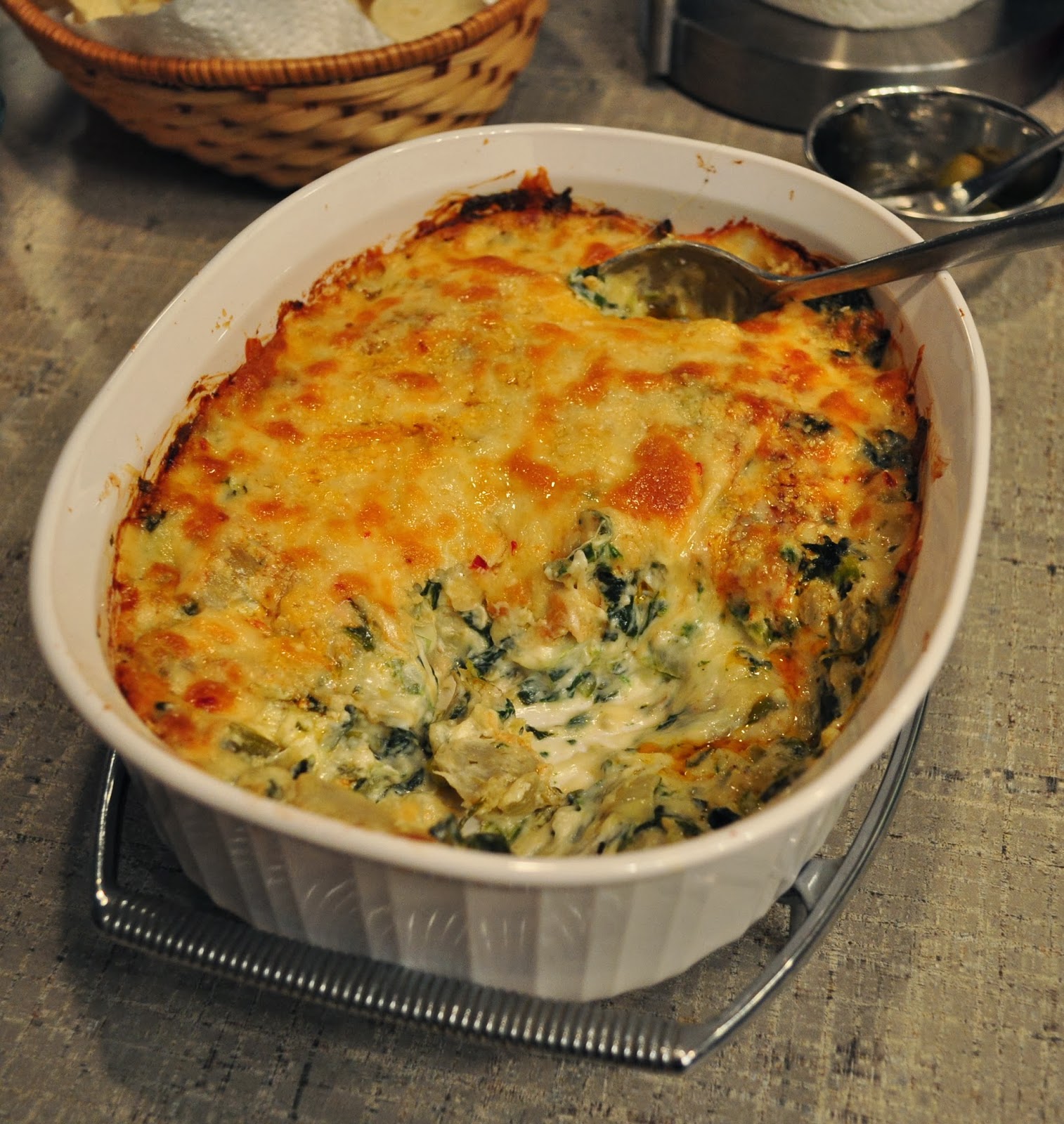 This dip is fantastic! A classic for sure.